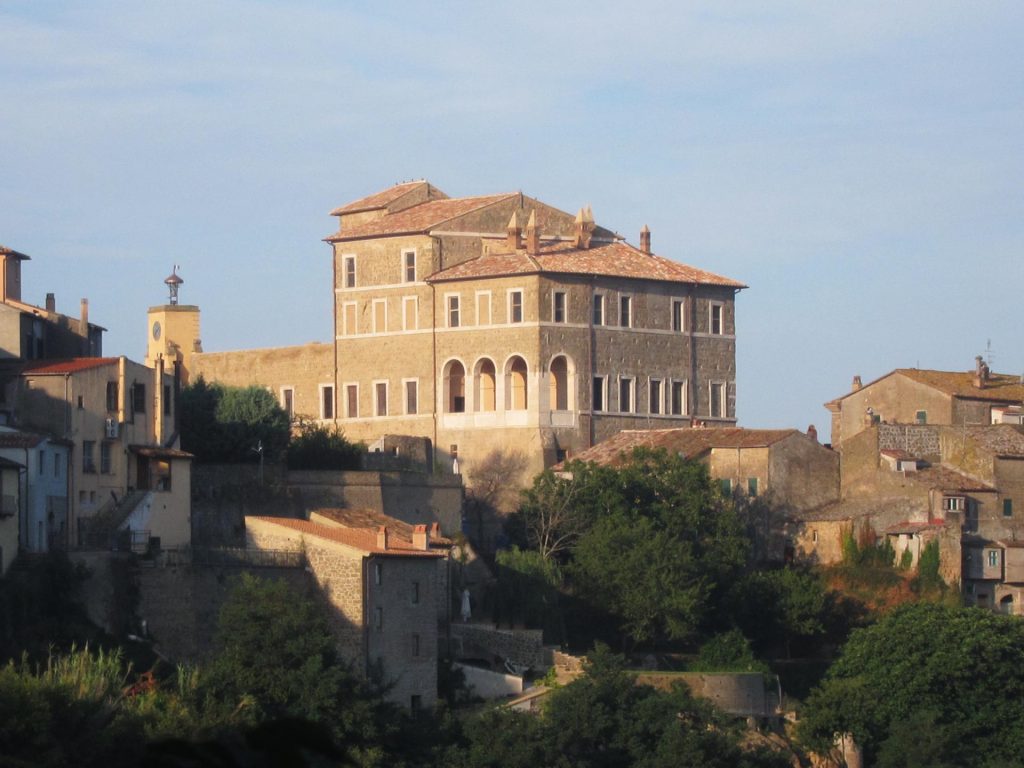 The project was triggered by the collapse of the city wall supporting the roof garden in December 2008. The restoration addressed the various architectural, structural and artistic aspects, restoring formal unity and material homogeneity to the building without resorting to prostheses or invasive interventions. Both features of the building have been preserved, as a medieval […]

Valorization of the court of rocca Albornoz 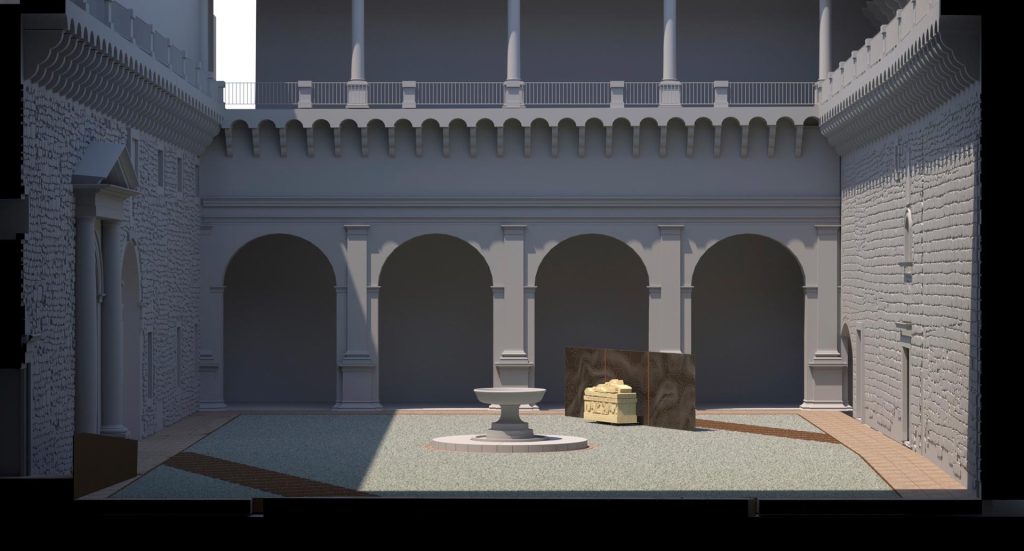 The project deals with the restoration and enhancement of the Bramante courtyard of Rocca Albornoz, commissioned by Pope Julius II in the first half of the 16th century, which currently houses the National Etruscan Museum.  The material characteristics and the historical image of the fortress were preserved  with restoration and integration of the ancient peperino […]

Restoration of the monastery of the beata Antonia 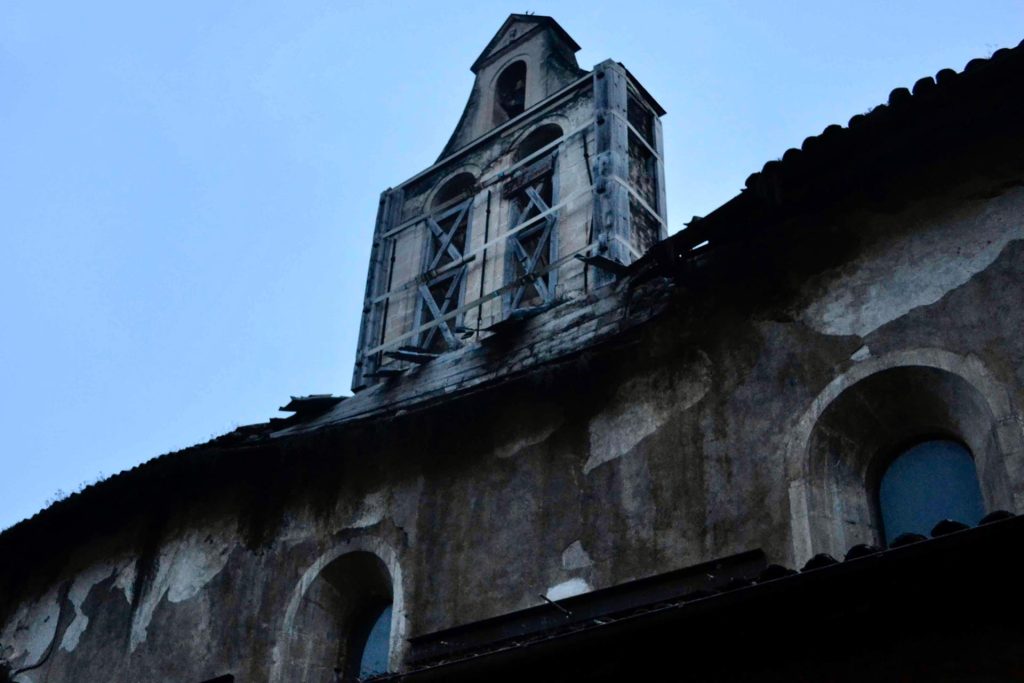 One of the most beautiful frescoed churches in the L’Aquila region, was among the most damaged by the 2009 earthquake. The structural project succeed in isolating the inner wall to preserve the beautiful 15th century frescoes by Francesco da Montereale, as well as recovering the columns to their vertical alignment, reconstructing the collapsed portions of the […]

Restoration and seismic strengthening of the Casino a Collevernesco 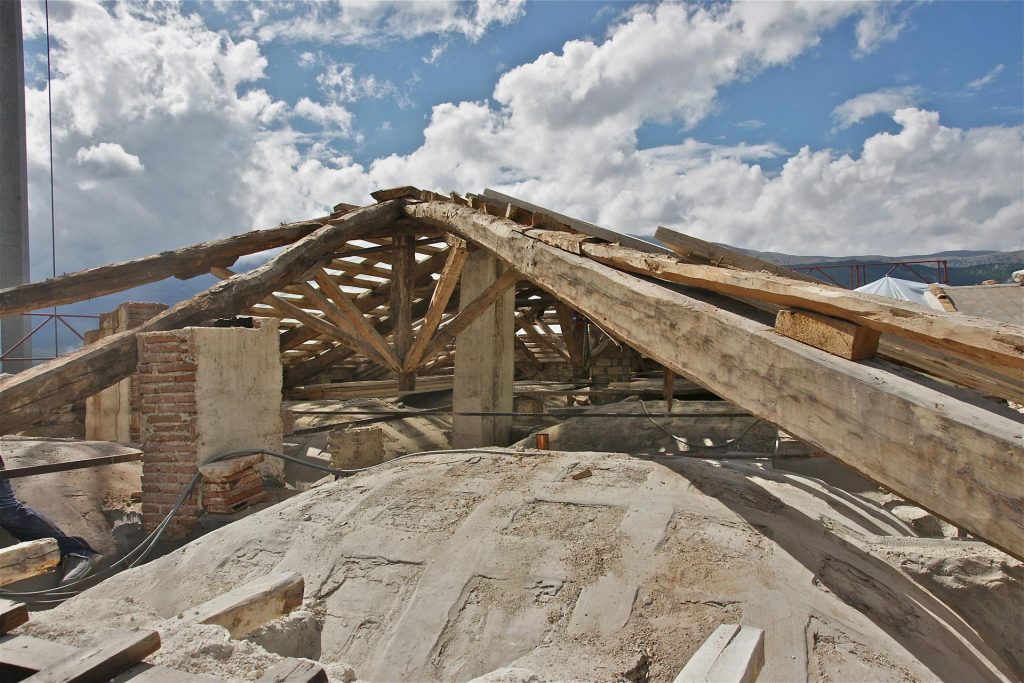 The 19th Century casino had severe damage after the 2009 L’Aquila earthquake and was completely retrofitted between 2012 and 2014 together  with the arch. Vincenzo Ciolina. The use of innovative strengthening technologies consisting of composite meshes in a hydraulic lime mortar matrix made it possible to safely preserve the internal 19th-century wall structure of thin […]

Restoration of the Abbey of San Clemente a Casauria 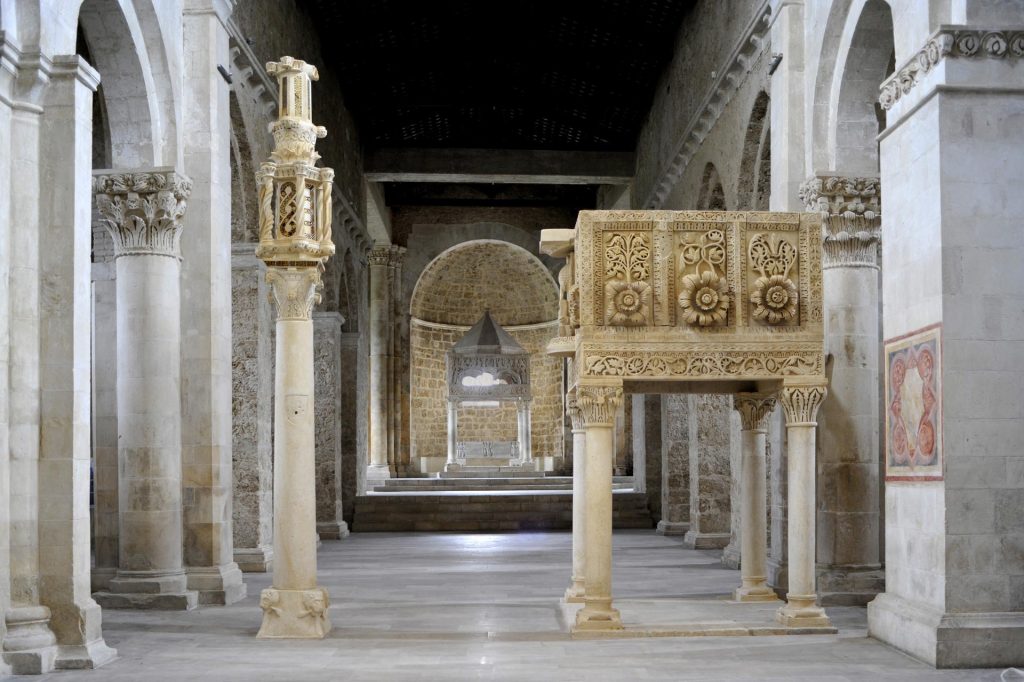 The Abbey of San Clemente, one of the 40 monuments heavily damaged by the 2009 L’Aquila earthquake, was restored thanks to the funding provided by the Word Monuments Fund and the Fondazione Pescara Abruzzo under the scientific supervision of Prof. de Felice and the involvement of the studio Fenice. The project was awarded as honourable […]

We use cookies on our website to give you the most relevant experience by remembering your preferences and repeat visits. By clicking “Accept All”, you consent to the use of ALL the cookies. However, you may visit "Cookie Settings" to provide a controlled consent. Read More
Cookie SettingsAccept All
Manage consent

We use cookies on our website to give you the most relevant experience by remembering your preferences and repeat visits.

Necessary Sempre abilitato
Necessary cookies are absolutely essential for the website to function properly. These cookies ensure basic functionalities and security features of the website, anonymously.
Functional
Functional cookies help to perform certain functionalities like sharing the content of the website on social media platforms, collect feedbacks, and other third-party features.
Performance
Performance cookies are used to understand and analyze the key performance indexes of the website which helps in delivering a better user experience for the visitors.
Analytics
Analytical cookies are used to understand how visitors interact with the website. These cookies help provide information on metrics the number of visitors, bounce rate, traffic source, etc.
Advertisement
Advertisement cookies are used to provide visitors with relevant ads and marketing campaigns. These cookies track visitors across websites and collect information to provide customized ads.
Others
Other uncategorized cookies are those that are being analyzed and have not been classified into a category as yet.
ACCETTA E SALVA
Powered by